Viking strategy game Northgard ($7.99) on both iOS and Android will get new DLC at the end of this month. The Shirogames developed experience will have the Clan of the Squirrel arrive as paid DLC on January 31st. If you’ve not kept up with Northgard, it hit mobile beginning with iOS and eventually came to Android through Playdigious following its PC and console launch including Nintendo Switch. The new Clan of the Squirrel will bring in a new warchief: Andhrímnir, a new cooking mechanic, a new relic : Yggdrasil’s root, and more. Check out the features and DLC artwork below: 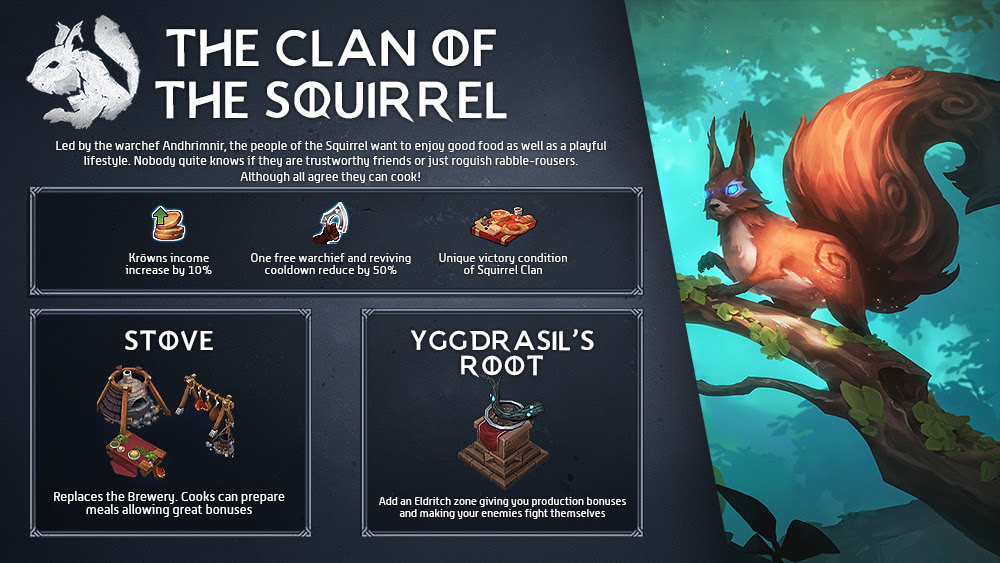 The new Clan of the Squirrel DLC will be available for $2.99 on both iOS and Android on January 31st. If you’ve not gotten it yet, you can get Northgard on Google Play for Android here and on the App Store for iOS here. Check out the official website here. Playdigious also released a few developer diaries detailing how the game was adapted for mobile. You can watch them here. Head over to our forum thread here for more discussion around Northgard. Have you played Northgard on mobile yet and will you be getting this DLC when it arrives on January 31st?