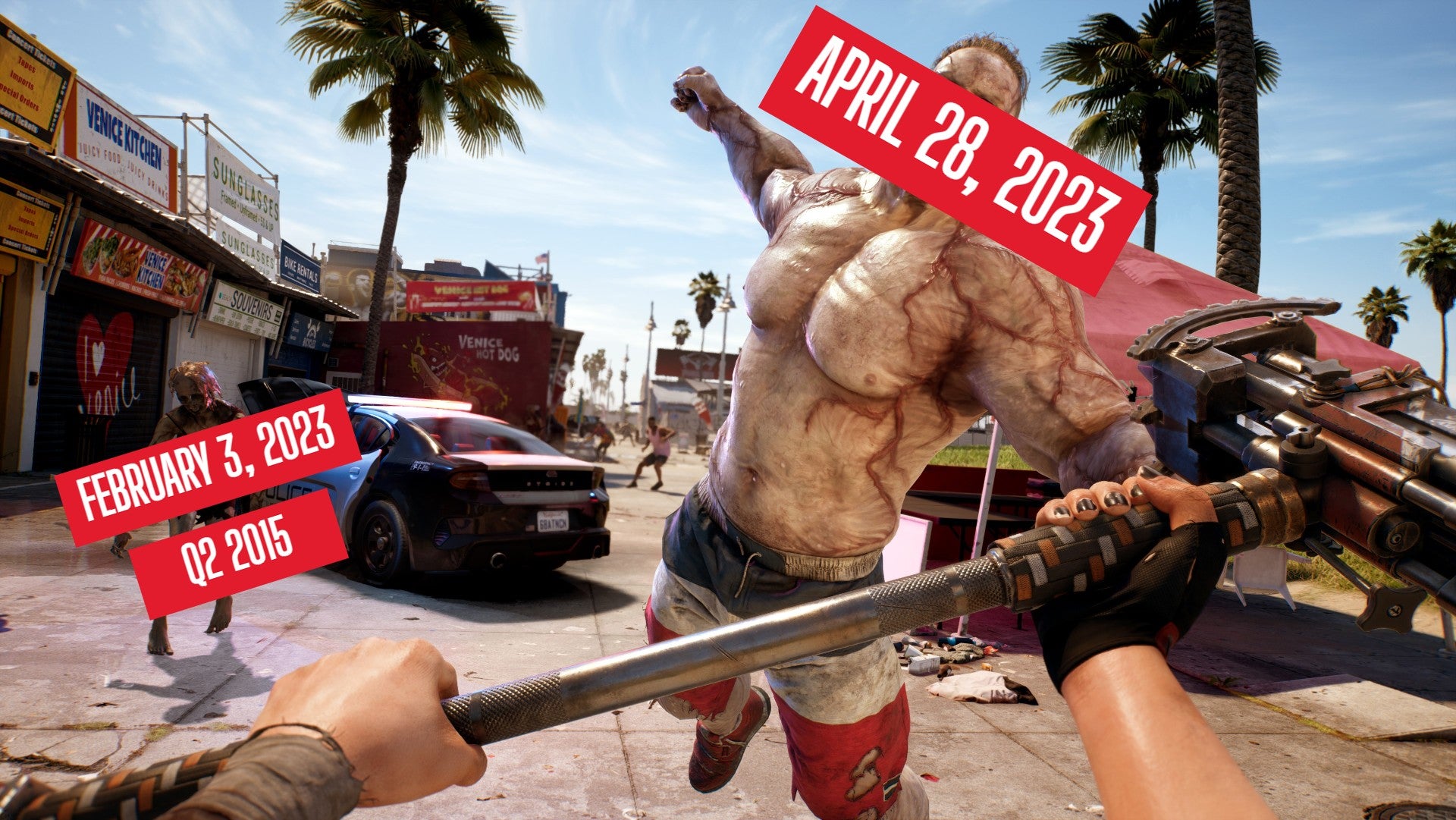 Game delays strike again, and they’re certainly something that Dead Island 2 has been no stranger to. That said, the zombie shooter from Dambuster Studios has been delayed until April 28, 2023.

This is a short, 12 week delay for the game. Which, in the grand scheme of things, isn’t that big of a deal. I mean, the game was first announced in 2014. It’s 2022. You do the math. Dead Island 2 has, frankly, been through the rigmarole when it comes to development teams and delays.

That said, Dambuster Studios and Deep Silver recognise this. The statement regarding the delay reads, “The irony of delating Dead Island 2 is not lost on us, and we are as disappointed as you undoubtedly are. The delay is just 12 short weeks, and development is on the final straight now.”

The delay announcement continues, “We’re going to take the time we need to make sure we can launch a game we’re proud to launch. For those of you who’ve been waiting for years, thank you for hanging in there with us.”

Honestly, if Dead Island 2 needs a couple more months in the oven for it to be a game that the developer is happy with, then I’m okay with that. Who wants to play another broken game about tackling hordes of the undead? I had enough of that with the likes of Back 4 Blood and Rainbow Six: Extinction, so here’s to hoping that the final polish for Dead Island 2 makes the game everything fans have been waiting for and more.

Off the back of the news of the delay, there is going to be an all-new trailer and some gameplay shown off during the Dead Island 2 showcase on 6 December to tide you by. You’ll be able to catch that on Twitch, YouTube, or the Dead Island website, and hopefully, it’ll gear you up for what’s to come in April.

How do you feel about this delay, and will you be picking up Dead Island 2 in April? Personally, it’s reassuring to see that the game is receiving some TLC, and I’ll definitely be hacking and slashing my way through LA in April.