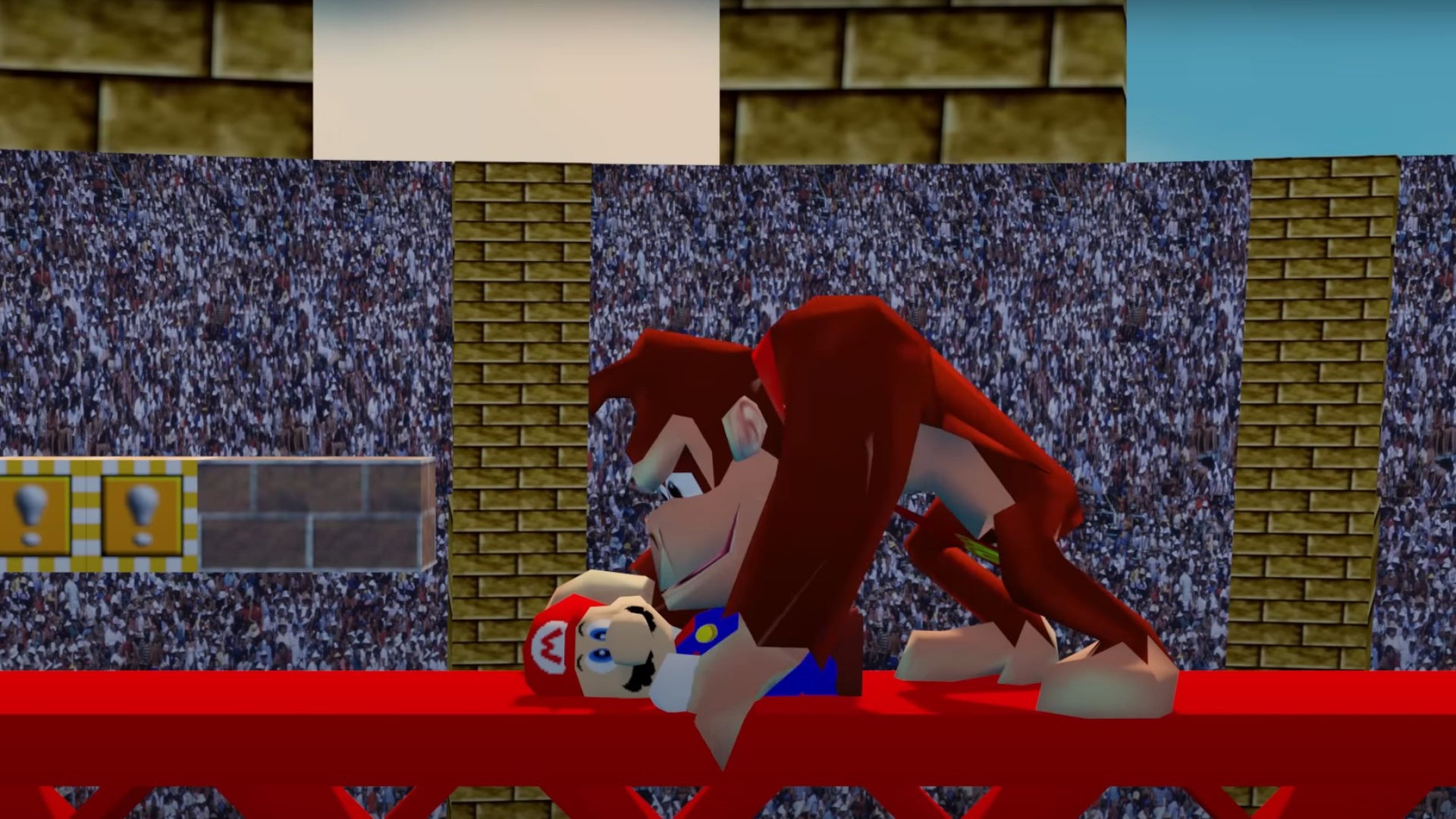 It appears that Mario fans can’t stop demaking trailers for the upcoming Super Mario Bros. Movie from Illumination, as they’ve gone and done it again.

Two months ago, we saw the initial teaser trailer receive a partial Nintendo 64 demake by an animator called Coda, showing off the horde of penguins in all their huge, intimidating N64 glory as they unleash their fury on Bowser.

Then, when Illumination shared an all-new trailer for the movie just three weeks ago, featuring Peach, Luigi, Donkey Kong, and even Rainbow Road, YouTuber King Bob Gaming got to work demaking this new trailer. He started with a partial remake, and joked about demaking the whole trailer if the clip received 10k likes… and, well, the likes came flooding in. At the time of writing, his original clip sits at 27k likes.

Of course, this fan then used every asset available to them to recreate the entire two-minute trailer using graphics from the Nintendo 64 era. We see polygonal Donkey Kong beat Mario to a pulp, and a much flatter rainbow road with the karts we’re used to seeing in Mario games, rather than Toad’s monster truck featured in the original trailer.

The fan-trailer is even more impressive, however, because all characters featured in the trailer aren’t actually in Super Mario 64; for example, there are no signs of Luigi or Donkey Kong in the game, unless you’re playing the later NDS version which features Mario’s brother for some reason.

With that in mind, some of these assets may have been created from scratch, displaying the dedication fans are willing to go to ensure their recreation of the trailer is faithful to the original. It’s impressive, and as a huge fan of Super Mario 64, demakes like this make me inconceivably happy.

The creator of the N64-inspired trailer, King Bob Gaming, has now joked about demaking the entire movie if this video reaches 100k likes. It’s a terrifying feat, and one that Nintendo perhaps wouldn’t be best pleased about, but it’d certainly make an interesting watch alongside the original movie when it arrives.

In the meantime, I hope to see the creator fully demake the original trailer, because I can’t get enough of Super Mario 64’s penguins. What do you think of the N64 demake of the Super Mario Bros. Movie trailer, and would you be interested in more?