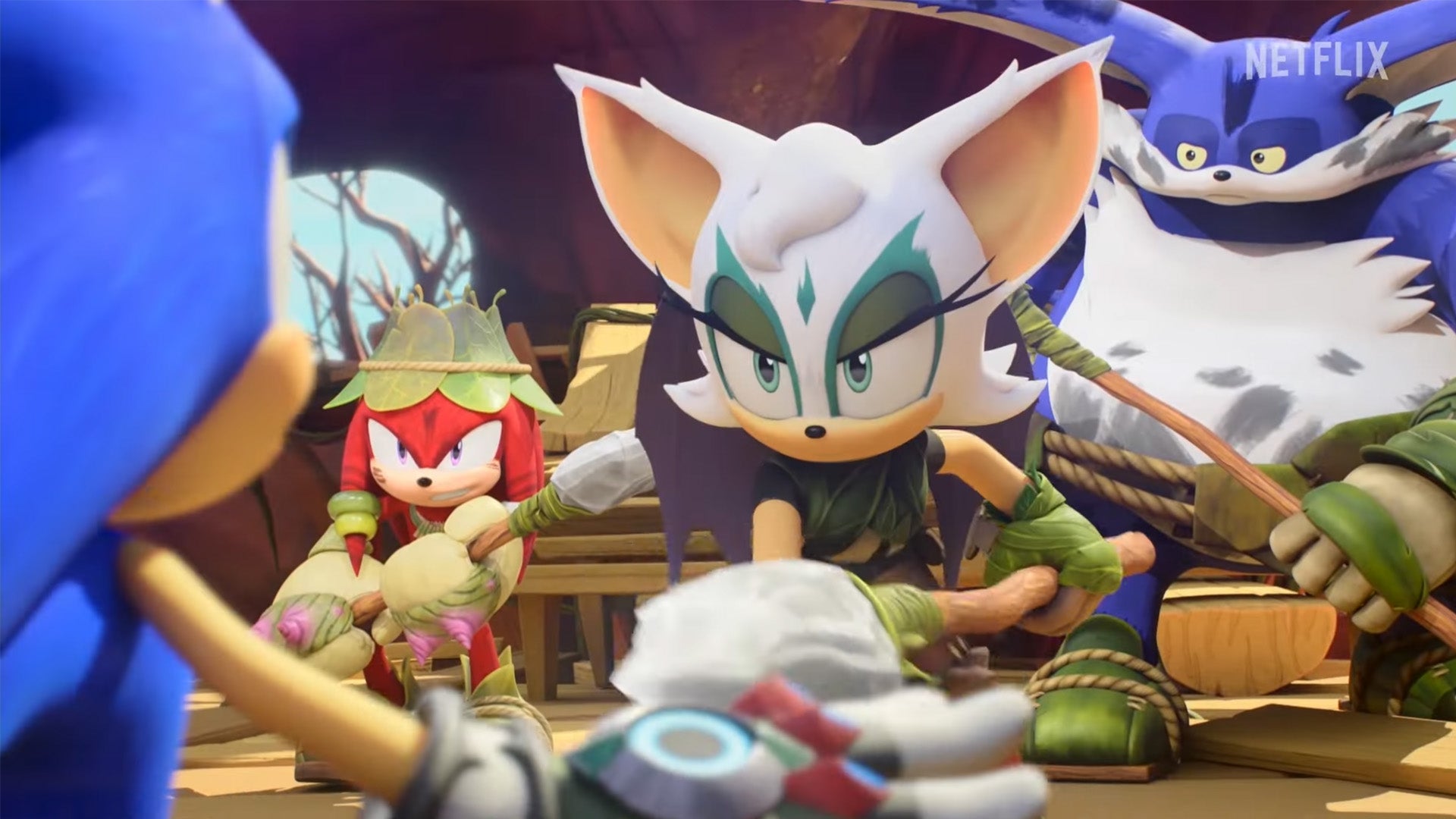 Sonic Prime’s latest trailer shows that the blue hog is going to be spin dashing his way across multiple universes, with plenty of redesigns of fan-favorites to boot.


Depending on your perspective, it’s a pretty good time to be a Sonic fan. Sure, Sonic Frontiers is far from perfect, but that doesn’t mean it isn’t a real good time anyway. The next instalment in the film franchise is only a couple of years away too, and there’s that Knuckles spin-off series. And next month, Netflix is giving us a brand new show, Sonic Prime, which puts our favourite little quipster in quite the pickle – one where Eggman appears to rule various worlds across the multiverse.


Sorry, I should call them shatterspaces, like Tails does, whatever that means. An earlier teaser trailer did already reveal that Sonic would be travelling to another dimension. Though it only showed off one that puts everyone in a fascistic, futuristic city where all of Sonic’s friends are part cyborg (oh, and no one knows who he is).


This newest trailer shows off a couple more worlds that Sonic visits, one where his friends are all pirates, and another where everything seems to be more stone-agey. But it doesn’t matter where he finds himself, not one version of his friends remember him, which is just a bit sad really isn’t it.


Sonic Prime is coming to Netflix on December 15, for a total of 24 episodes, and is being produced by Canadian production company WildBrain, with the showrunners and executive producers coming from Man of Action Entertainment, the studio you’ll probably know best as the one behind Ben 10.


Sonic Frontiers still has a bit to go too, apparently, as the game’s director recently said as such. The game does have its fair share of problems, but the team is listening to feedback from fans and critics, so hopefully the kinks will get ironed out.

Broforce Returns In 2023 With Broforce Forever, A Big Update