It’s a new year, but for Marvel Snap (Free) the more important thing is that it’s a new month. Most Seasons in Marvel Snap run for about one month, and that means it’s time for the Power Cosmic to make its exit and more terrestrial oddities to step into the spotlight. We’re heading to the Savage Land, and you’d best watch your step because pretty much everything bites. 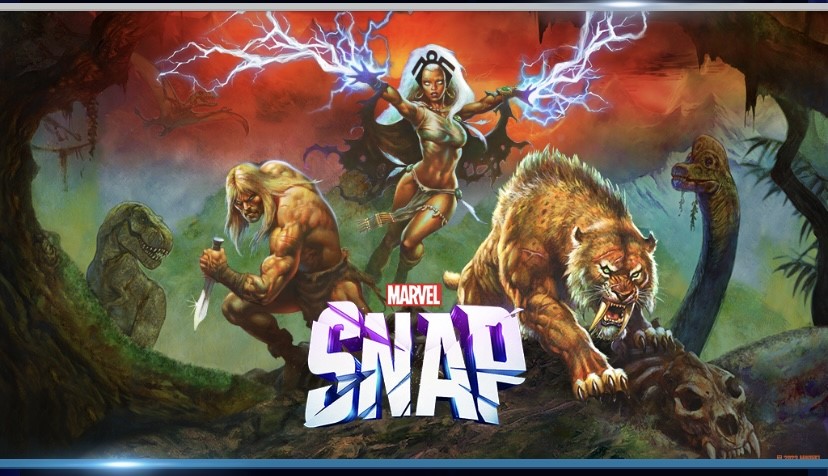 The new card for this season is Zabu, Kazar’s trusty sabretooth tiger friend. Zabu is a 3-Cost and 2-Power card with an Ongoing effect that makes all 4-Cost cards cost 2 less to play. That naturally makes him go great with Kazar, but cards like Spider-Man, Jessica Jones, and Thing will benefit as well. Like all new cards, Zabu is only available for the time being via the $9.99 Season Pass, which will also reward you with new Variants, Card Backs, Icons, and more.

There are five new locations coming in as well. The Rickety Bridge can only hold one card, destroying all others at the end of the turn. The Altar of Death will destroy cards placed on it, giving you +2 Energy in the next turn. Eternity Range adds a Rock to the losing player’s side after turn 3. Plunder Castle can only have 6-Cost cards played on it. The Collapsed Mine is filled with Rocks, and you can only destroy them by skipping a turn. 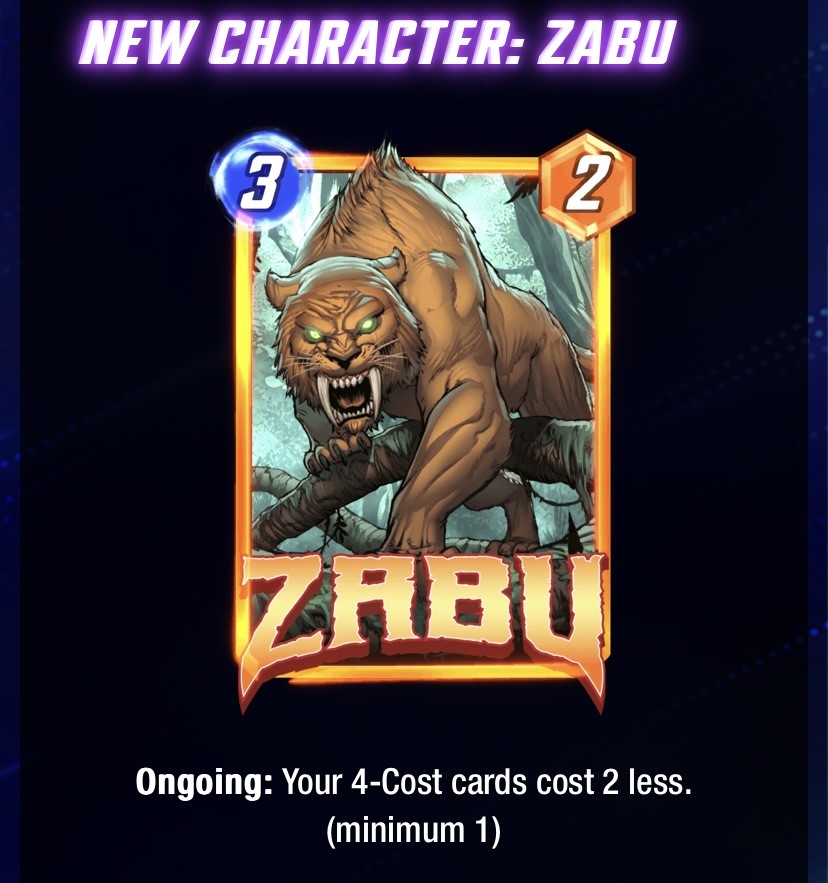 Naturally, there are also some new Series 5 cards. Some of them really fit the theme, too. Sauron is a 3-Cost, 3-Power card with an On Reveal ability that removes all abilities from Ongoing cards in your hand and deck. Hm. Shanna the She-Devil is a 4-Cost, 2-Power card that has an On Reveal ability which adds a random 1-Cost card to each location. Dazzler is 4-Cost and 4-Power, with an Ongoing ability that gives her +6 Power if you have four cards at each location. Finally, Shadow King is a 4-Cost, 3-Power card whose On Reveal ability sets all cards at the location to their base Power. Hm, lots of 4-Cost cards there for Zabu to synergize with.

That’s the lot for this time, friends. The Savage Land has a lot of cool stuff that could potentially change up a lot of strategies. Those locations make me think destruction decks are going to stay popular for a while, though. I’m just happy to see Zabu in the game. More Marvel Pets, please! Lucky the Pizza Dog for life!