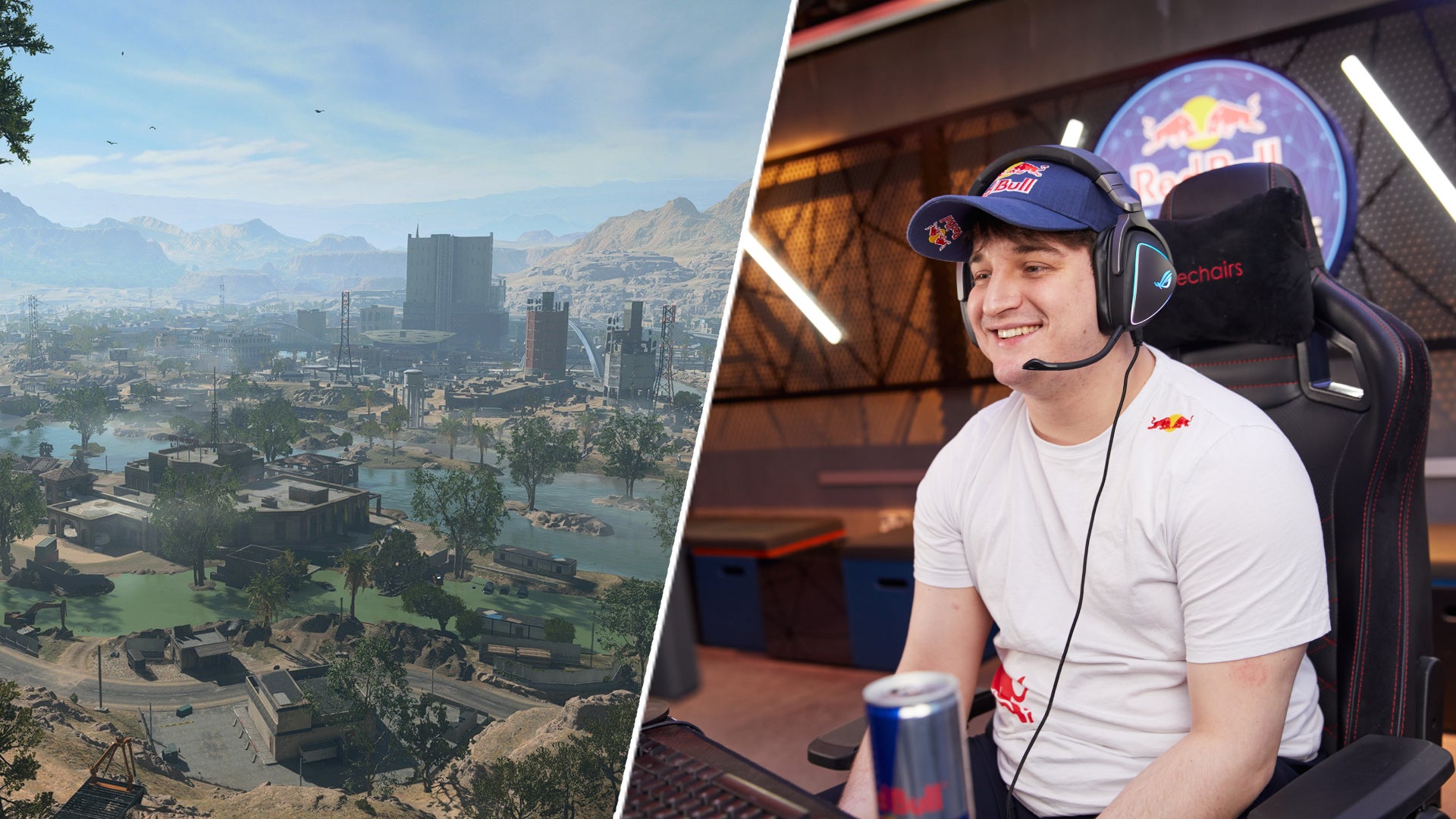 Al Mazrah is the shining jewel at the centre of Warzone 2.0’s release, a massive map filled with distinct points of interest and new geographical features that mix things up in a major way. So far, we’re loving it, but what does one of the genre’s best players think?

To find out, we talked with Redbull’s Jukeyz ahead of the public launch of Warzone 2.0 for his thoughts. Having played the map long before much of the public, they’d come to an early and informed conclusion of the map. Their conclusion is that it’s good, and his type of map.

“I never want to be in a forest again. I like the buildings and windows you can jump through, staircases, buildings you can climb to the top of,” states Jukeyz. There’s been a drastic change in environment with Warzone 2.0 as the series leaps away from the jungles and perilous wilderness of Caldera. Rather than featuring thess wide, fauna-covered landscapes that often led to surprise gun fights, Al Mazrah features a vast urban sprawl within its borders.

Those are still those spots where fights can happen out in the open of course, but it’s far less of a burden to players like Jukeyz, who like to run and gun with close ranged loadouts. If the map could be compared to any past landscape Warzone has taken us to, it’s Verdansk, a map players sorely missed ever since the games pushed it into the past.

“When Warzone first came out we had no idea of what to expect. Initially there were too many high-rise buildings, stuff like that. Then when Caldera came out, we would have done anything to go back.” He would go onto claim that its this stark difference from Caldera, a map he believes drove many players away from Warzone, that has resulted in a surge of hype around the new release.

Then there’s the new features with Warzone 2. One of the more limp additions to Caldera was the water play (no, not that). Back then, crouch walking through streams hid you from UAVs and the like, which was meant to play into this stalking gameplay intended for the map. It didn’t really work out like that, however Al Mazrah is going all out with more involved underwater movement and combat.

For Jukeyz, this is both a great opportunity for funny players and outplaying opponents, and brings them back to the OG Blackout mode. Whereas back then, any weapon would work, now it’s just pistols, so players are going to have to play smart or get murked from the shore. This, plus the enhanced vehicle mechanics lead Jukeyz to believe that Al Mazrah is ripe for “out of the box plays”, something Caldera has been lacking for the last year.

“On Caldera, there was a building all the way over there, and another building all the way in the other direction, and just a rock, and a tent. I’m like, what can I do here? But I’d try and finesse right? I’d rush into a tent to try and throw people off, but I’d get shot when Combat Scout was a thing. So a squad of guys carrying LMGs would just blast me through this tent. It was horrible. With Combat Scout going, and having more buildings… I’m so confident with how I’ll perform.”

However, there’s one aspect of the map that has caused Jukeyz to physically recoil when asked. Strongholds. PVE buildings packed with AIs that players will need to breach and clear in order to secure an early loadout. “AI! It’s the AI. It reminds me of Caldera, and getting shot in the back. It’s just gonna annoy me. I’m gonna turn around, smoke ‘em, and start shouting at an AI.” Resigned to their fate of having to cope with these computer-controlled enemies for the foreseeable future, he ended the interview overall excited for the full release and what it has in store.

And we pretty much agree with him. It’s only been a day, and we’re sure some nonsense is going to rear its teeth at us in the coming weeks, but for now we’re having a lot of fun just mucking around in Al Mazrah and experimenting with what’s out there. Let us know what you think below!

For more Warzone 2.0 content, check out our best meta loadouts page and tier list, as well as our breakdown of the Modern Warfare 2 / MW2 patch notes.