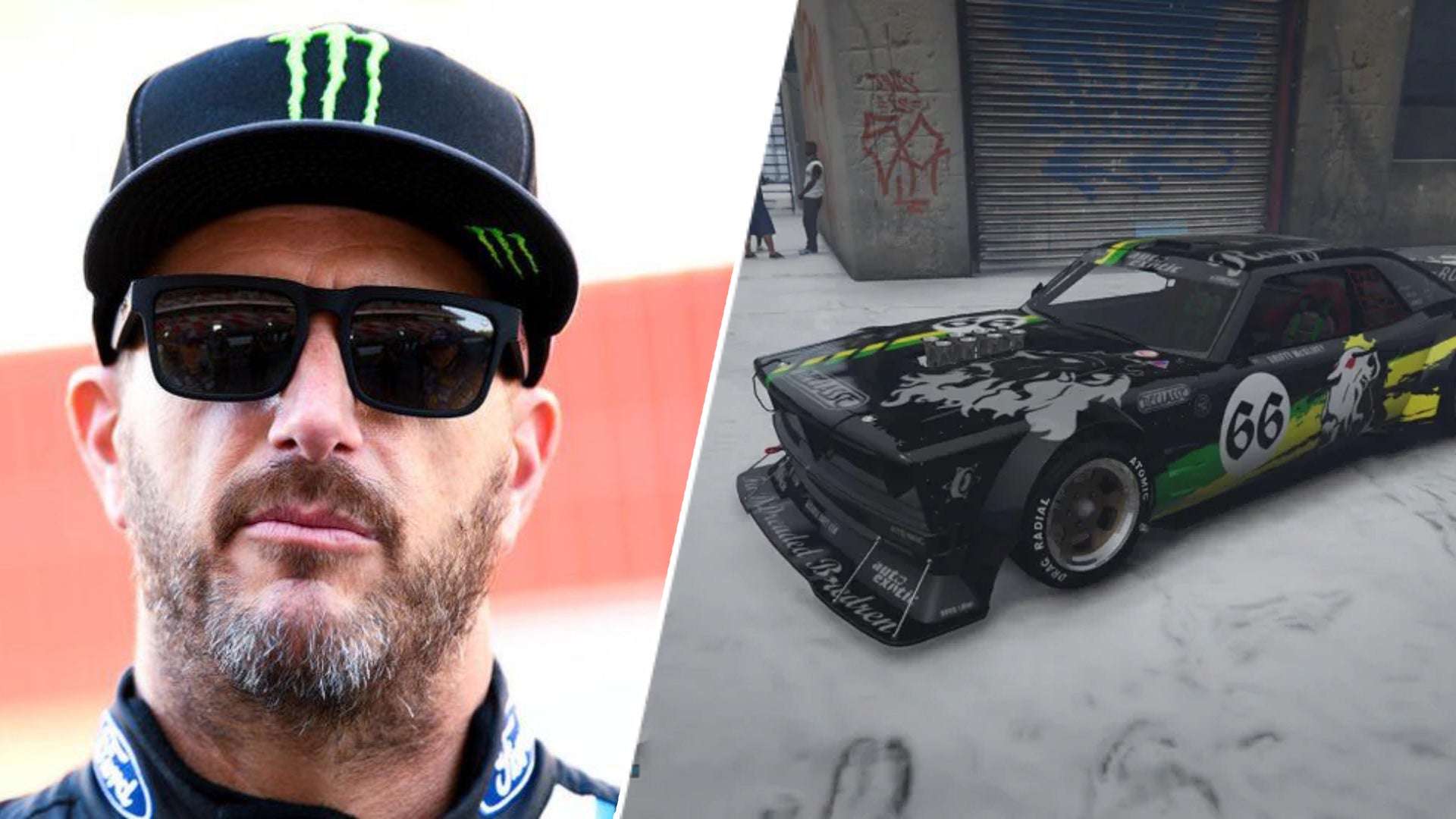 Ken Block, the world-famous rally driver who tragically passed away yesterday following a snowmobile accident, is receiving loving memorials from the GTA Online community. In an act of memorial, some have recreated his iconic Mustang in game to send of the beloved sportsman.

While the cars in-game aren’t exact replicas, due to the lack of exact decals required to pull off the 1:1 copy, those sending off the driver have gotten as close as possible with the tools available. They’ve done so by applying the trademark black body colour with green and yellow decals on a Drift Tampa, a car based on the real world Mustang which had a home among Block’s illustrious car collection.

Once created, these cars were posted to the GTA Online SubReddit, where numerous fans of Block mourned his passing. “I found out through this post here.” Wrote user Extyrsys on the most popular memorial post. They continued: “… he was my driving idol, and the reason I got into cars and motorsports. Because of him, rally became my favourite motorsport. RIP.”

Numerous others expressed their sympathies for Blocks family including his daughter, herself a talented rally driver. Some have even urged for others to take to the streets in an appropriate set of wheels, including user NearlySilentObserver, who simply wrote: “This better be the only car I see people driving tomorrow”.

For those unaware of Block’s impact on the Rally Driving scene, he truly was one of the sport’s most renown stars. A professional driver since 2005, he went on to take centre stage both on T.V and online video content, including his own channel where he was releasing content as recent as two weeks ago. He also featured in several video games, including the Dirt series, Forza, and CSR Racing 2.

For more racing-related articles, check out our Thursday Night Rant on Need for Speed: Unbound, as well as our video review of the Thrustmaster T128 steering wheel.