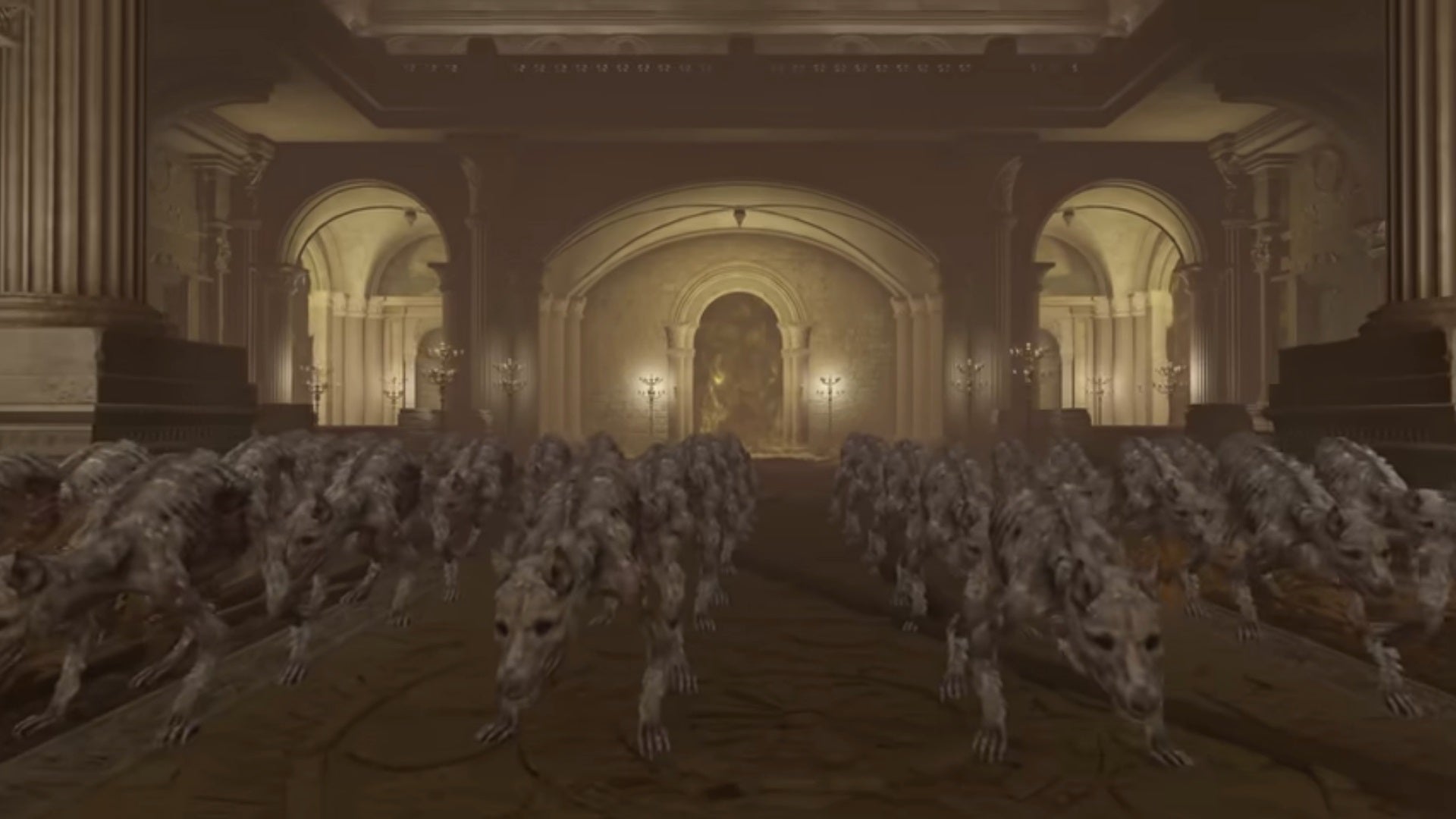 An Elden Ring YouTuber has answered a question that none of us knew we had: which bosses can survive against 50 starved dogs?

BjornTheBear, a content creator who has released numerous videos pitting bosses against all manner of ludicrous enemies, uploaded the video only two days ago. In that time, 268,000 people have seen the gruesome results and for good reason, there are some interesting outcomes in there.

Bosses such as Gideon the All Knowing, Godrick, Rennala, and Mohg all get rushed down and overwhelmed by the pack of dogs, unable to cleave them all down before they pile on and engulf the bosses in numerous attacks. At some points where the dogs are positioned in a full circle around the bosses, their health plummets down surprisingly fast.

However, not all bosses are so fragile. Rykard probably has the easiest time of it, with all the dogs rushing into the lava around the snake and dying long before reaching phase 2. Melania, too, makes easy work of it, wiping out the majority of the dogs with a single water dance attack. In fact, many of the more difficult fights at the end of the game prove far too much for the dogs, showing some ceiling which they cannot rise above.

You really have to see it for yourself, which is why we linked it up above. It’s funny to wonder just how far a pack of 50 hungry puppies in Elden Ring can get, and how many people haven’t made it nearly as far as them. Even if they can’t clear the full gambit of bosses, we mark this as an overwhelming win for video game dogs everywhere.

For more Elden Ring content, check out our articles on an Elden Ring streamer beating the game on a dance pad, as well as why a year after Elden Ring’s launch, now is the time to get into Dark Souls.