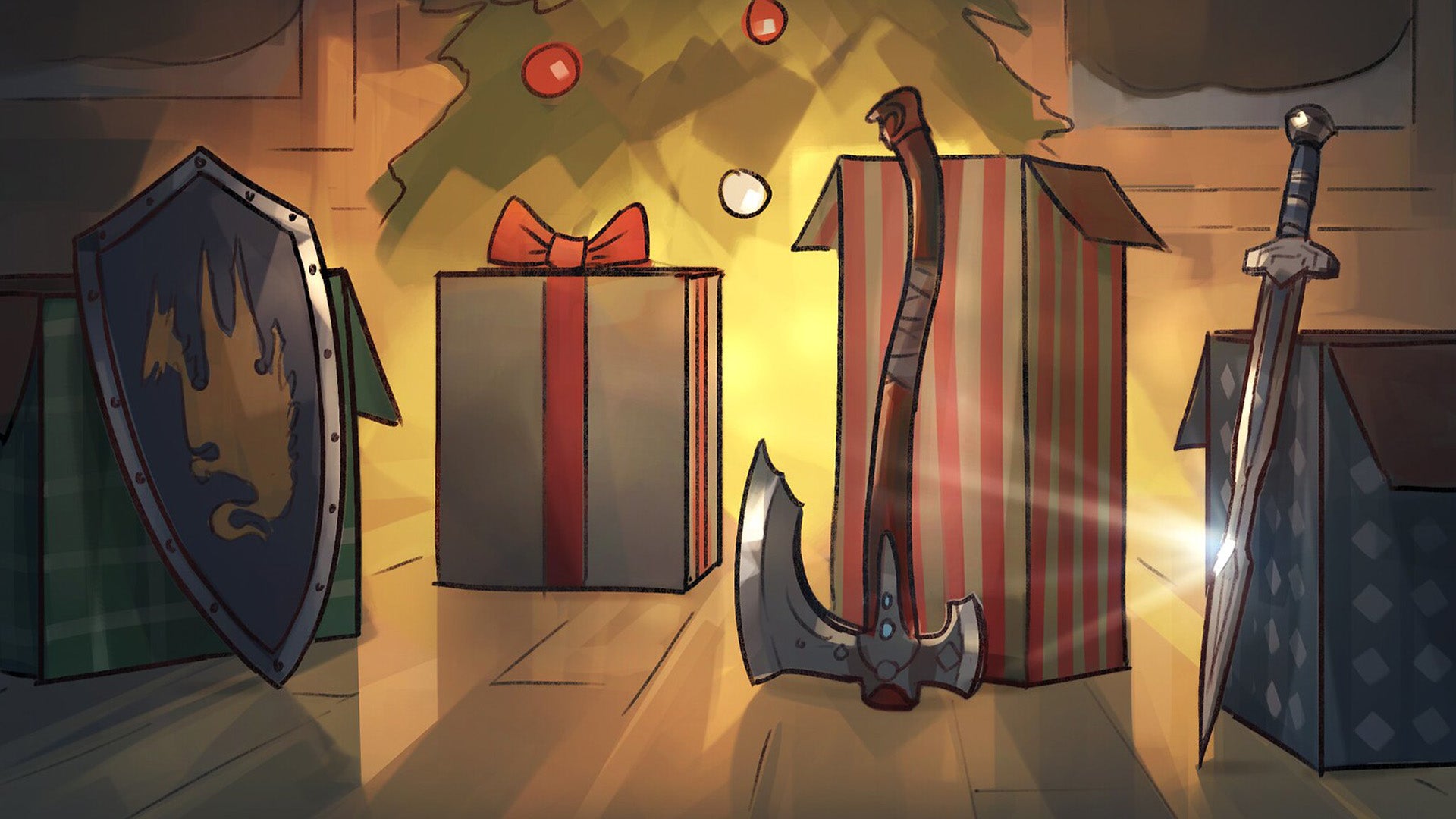 Bluepoint Games, the developer of the Demon’s Souls remake, has seemingly teased a new project, though no one knows what it could be.


Earlier this week, the PlayStation Blog shared a post that contained a whole bunch of season’s greetings cards from a number of companies and developers that Sony has worked with. There’s plenty of cute stuff in there, like this one of the whole God of War family, and this incredibly cosy one from Tunic publisher Finji. But the most interesting one is from Bluepoint Games, as it might be ever-so-slightly teasing its next project.


The drawing is a simple one, four present boxes, three of them opened, with a shield from Demon’s Souls in front of one, Kratos’ axe (Bluepoint assisted on Ragnarok), and Wander’s sword from Shadow of the Colossus. Last of all, there’s a box that still has its bow on it, completely untouched from excited hands. This certainly seems to suggest Bluepoint has something more on the way, but obviously fans want to know what it is.


A Bloodborne remake probably isn’t that likely, considering it’s only seven years old and only really needs a bit of a touchup (in particular a smoother framerate). Other fans are hoping for some kind of a Metal Gear Solid remake, which there have been plenty of rumours about elsewhere already. Either way, it does look like something new from Bluepoint is on the way, so keep your eyes peeled, and your axe sharp.

Bluepoint Games is teasing their next PlayStation project 😳🔥

(pictured is Demon’s Souls, Shadow of the Colossus and God of War – with a 4th mystery package!) #PS5 pic.twitter.com/WiRCXcpE5s